Before I retired this year, I was never able to attend our local Farmers’ Market in East York because it was held on Tuesdays from 8 am to 2 pm. Since I was at work, I always missed the market. But starting in June, I visited the market every Tuesday and took photographs and got to know the wonderful vendors and farmers.

Another great market in our neighbourhood is the Withrow Park Farmer’s Market.

I only  had a chance to visit the Withrow Market on its very last two weeks of the season. I remember visiting the market specifically to get some Monforte Dairy cheese that I needed for a party we were having, and it was a rainy and miserable day in late October. All of the Farmers’ Markets wrap up at the end of October, but Withrow Park had a great idea for a Winter Market. Starting on November 6th, they held a Winter Market every Tuesday from 3 pm to 7 pm and yesterday (December 18) was the last market for the year. The Winter Market moved indoors to the second floor of the Danforth Church at the corner of Danforth and Bowden Street.

I made a point of visiting the market yesterday to take some photographs and pick up a few goodies. The vendors varied from week to week, but here are the vendors that were in attendance yesterday. Just inside the door I met Chef Roger from Saucier Foods with a great selection of French pastries (click on any photo to see a larger version): 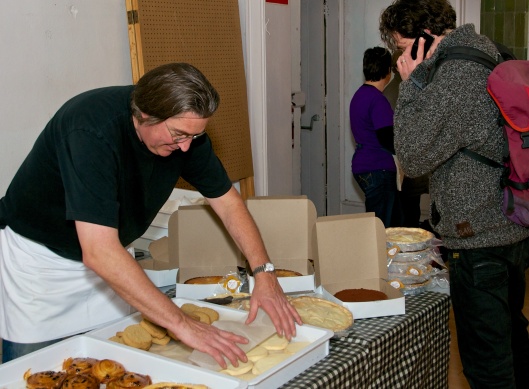 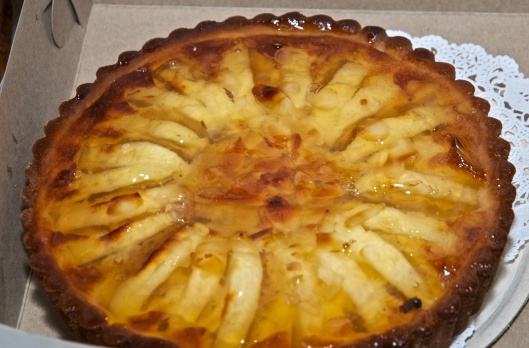 I bought two of Chef Roger’s apple strudel cakes shown above in the second photo.

My friends at Monforte Dairy seem to be at every market that I visit. I have met Tina at many markets around the city and she was at Withrow yesterday: 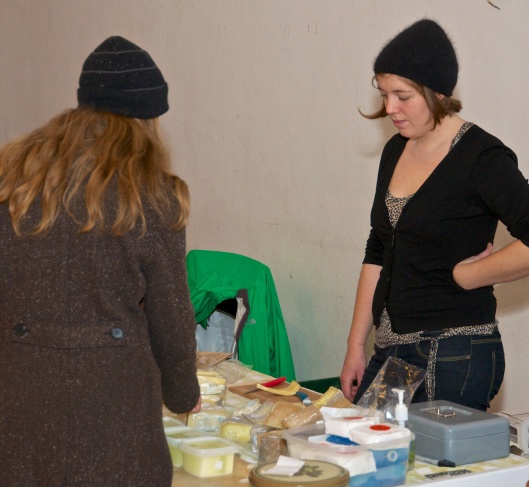 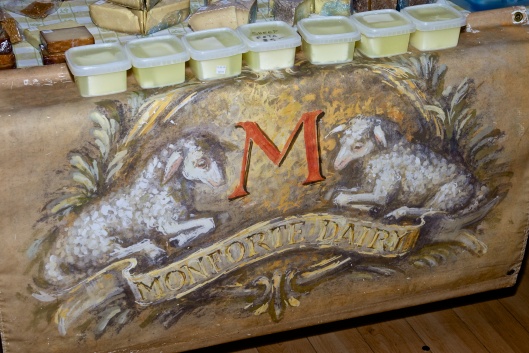 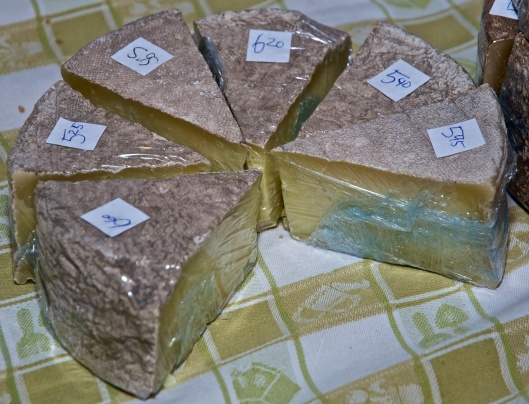 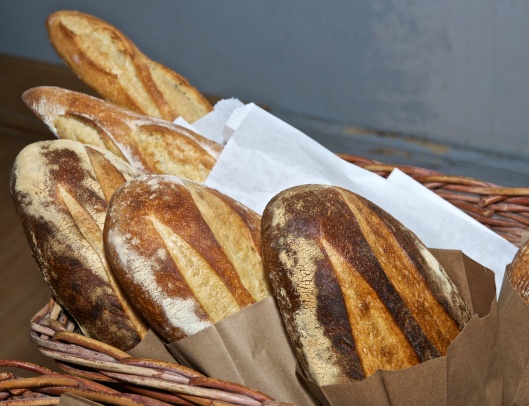 Next was Green Gate Farms who had fresh and frozen beef and pork: 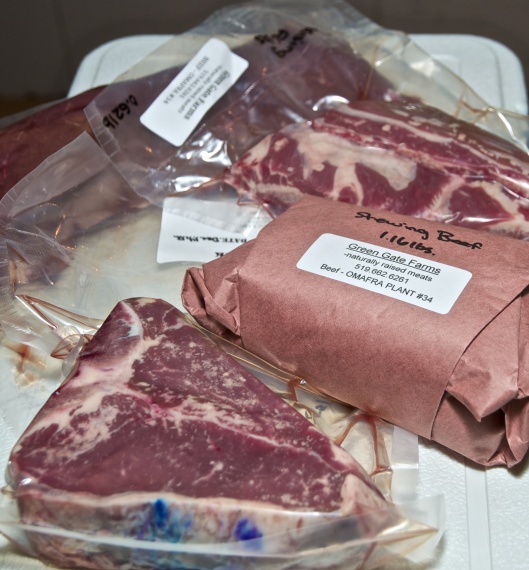 Kind Organics had all kinds of greens and sprouts: 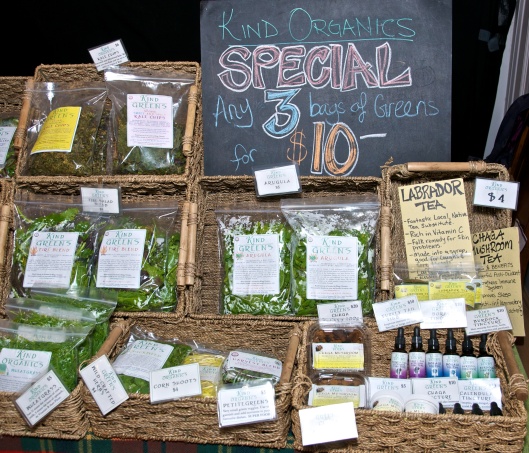 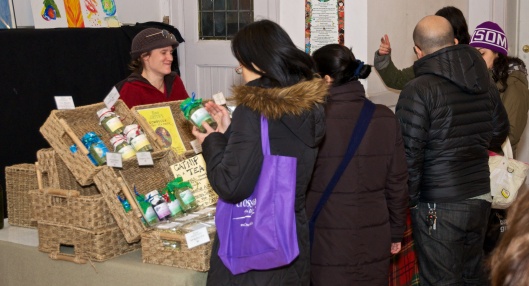 Patrick and Sean were providing hot beverages including apple cider:

Weber’s Natural Meats had fresh and frozen products and eggs: 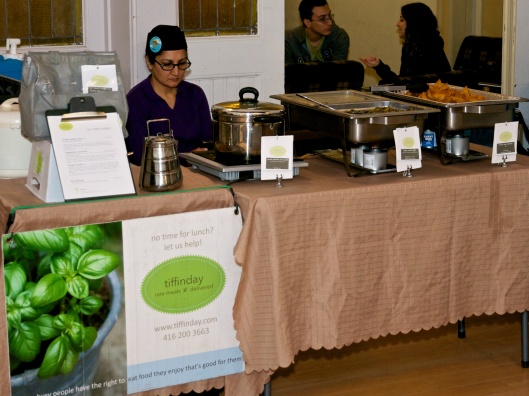 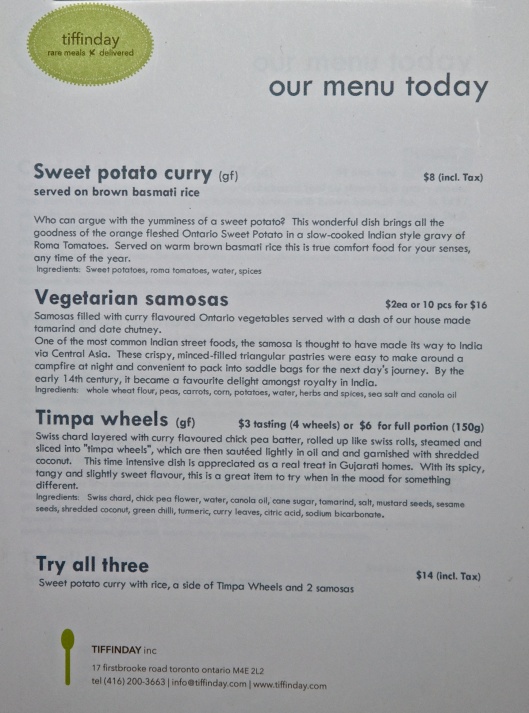 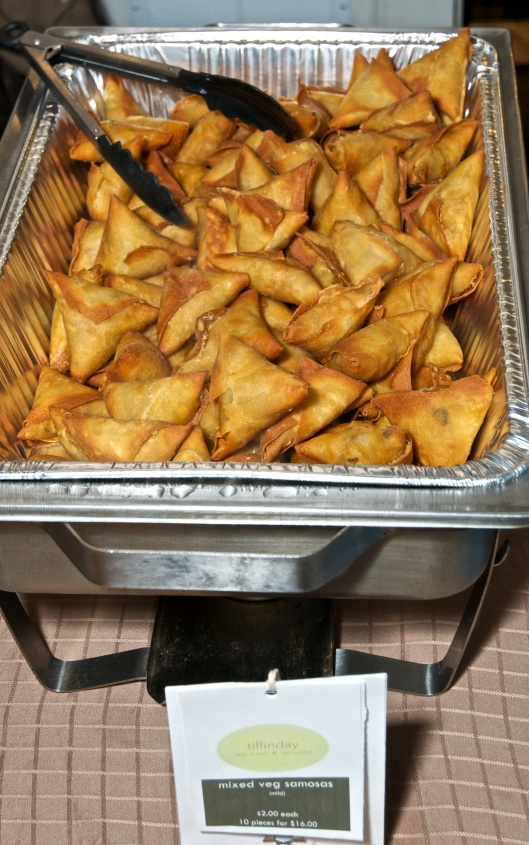 Brian Hamlin was presenting all kinds of honey and wax products. He has numerous beehives all around the city and they provide honey with different flavours. He has a hive on the roof of my old alma mater, U of T, Scarborough College campus: 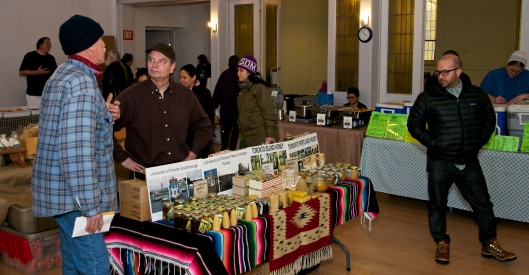 I had a great time at this market and met some new friends. It’s also worth mentioning that the market is  “kid” friendly. They have an adjoining room where face painting and crafts are offered while Mom and Dad shop the market.

My thanks to Roberta and Corey for inviting me and I certainly look forward to visiting Withrow Market in the Spring on Saturdays.